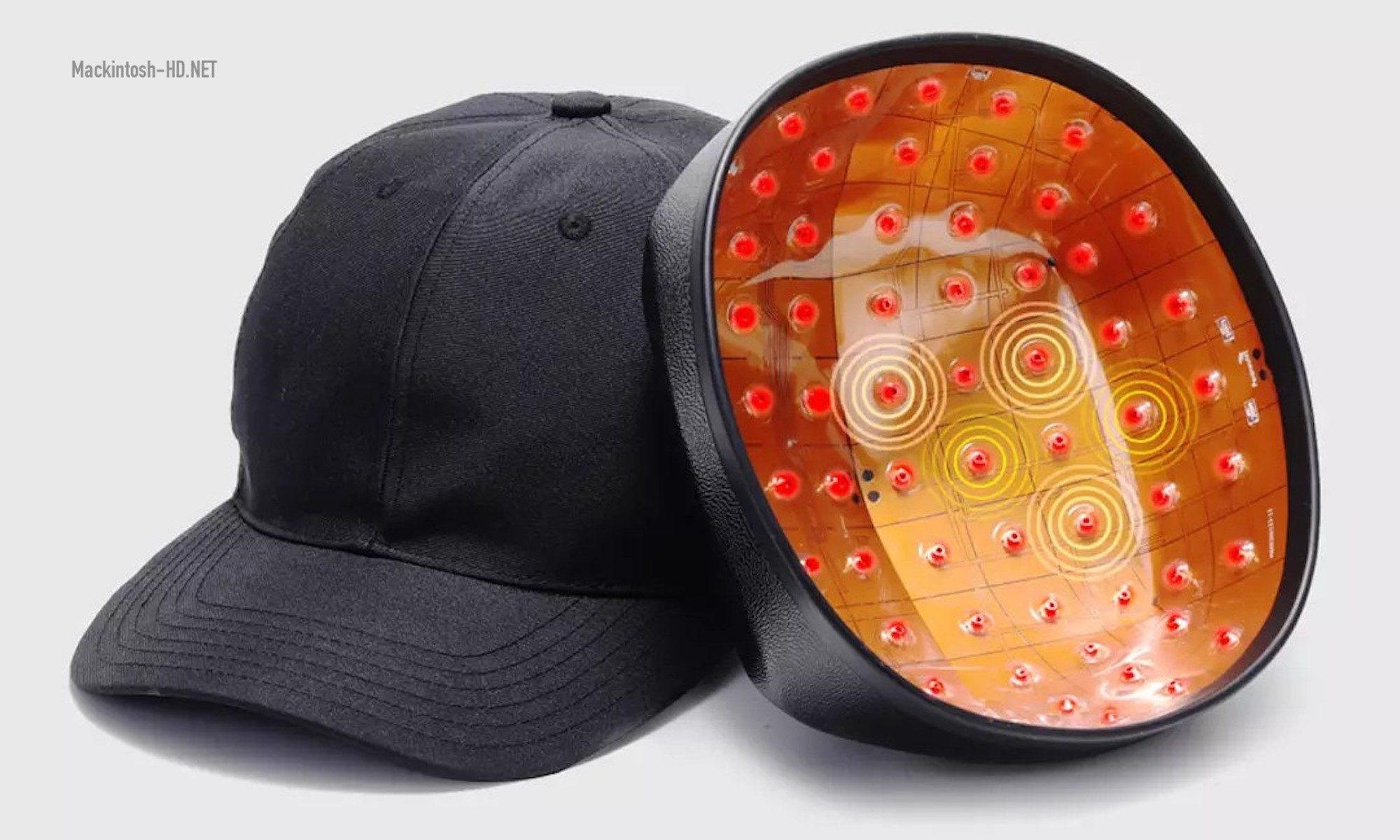 On the Xiaomi Youpin crowdfunding platform, sometimes you can find extremely interesting devices. One of them is a hat … to stimulate hair growth.

The device is called Cosbeauty LLLT and costs $ 215. You can see the cap on almost all the images, but in fact the device itself is a hat that the manufacturer simply offers to hide under a cap, which, by the way, is included.

Moreover, the kit also has a carrying bag and even some special hair care product that must be applied before putting on the hat. The hat itself, which weighs 210 g, unfortunately does not have its own battery, so it is powered by an external battery, which is also included.

As for the principle of operation, special lamps are placed on the inside of the cap, emitting light with a wavelength of 650 nm, which supposedly should contribute to the activation of hair follicles. The manufacturer promises an effect in 12 weeks. On the product page there are even photos of CFDA and FDA certificates, but because of the Chinese language it is difficult to understand what exactly is written there. Apparently, we are talking about the compliance of the device with a certain class of medical device.

If you think that such a strange device, also with external power, is doomed to failure, then you are mistaken. The campaign on Youpin is extremely successful – more than $ 1.7 million has been raised, which is more than 4000% more than the amount requested by the manufacturer.

The reason is that the problem of male pattern baldness in China is very acute. One in four aged 20 to 40 years old suffers from baldness.